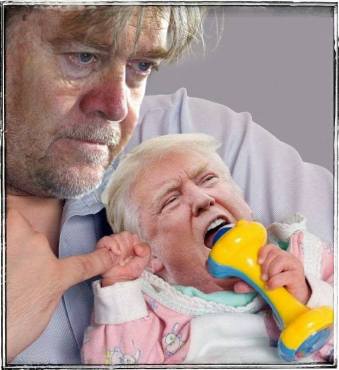 NOTES : A ‘Presidential’ Message to Congress

Where to begin?  It might be said that perfect mediocrity is a significant accomplishment in its own right and thus for those who inhabit that dubious status a significant, but limited stature of ‘winner’ might be bestowed on those most accomplished at it. Trump is certainly a ‘winner’ of the aforementioned type. Just ask him.

Trump’s impersonation of a competent president droned on for over a gawd awful hour. According to jubilant Republicans it was as exciting as The Second Coming, if only for the astounding condition that der Moronfuhrer could actually stand in one spot and concentrate for over a WHOLE HOUR! AMAZING! 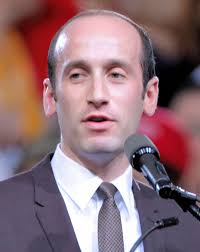 Trump’s performance was rather impressive considering his considerable limitations with the English language, thus the jarring disconnect with the ‘tone’ of the reading and the interjection of Trump’s exclamations here and there. The Trump parts of the speech were painfully obvious in a construction, which was already an excruciating exercise in drivel. Trump’s fondness for dithyrambic adjectives such as ‘tremendous’ and ‘great’ appeared with annoying regularly and often coupled with his habit of repeating the inflated offense.

It might have been better to let Trump be Trump, for his attempt at gravitas-face and two-dimensional emotional range  was pitiful to behold. Trump’s conscious range seems as shallow and thin as an amoeba’s waist. Undeterred by good sense and a modicum of taste President Trump dove hooves first into what was probably the most cringe worthy episode I have ever witnessed in a Presidential address: the theatrical manipulation of Carryn Owens, widow of slain US Commando Ryan Owens, who died in the botched raid in Yemen, along with a dozen innocent women and children.

You recall the incident no doubt, the decision casually made over the dinner table with Bannon and son-in-law Jared Kurshner . Rather than attend the actual happening in the Situation Room, Trump was wandering around the White House in his bathrobe tweeting grievances of a petty sort, while his gross incompetence killed innocent people and the ‘intelligence’ haul was insignificant. Trump has blamed everybody but himself for his first disaster as Draft Dodger, 5-Deferments Commander in Chief.

The crowd went wild with cheers for Carryn Owens as she looked heavenward, while Trump evoked God. She was in the depths of grieve and put on display like a sacrificial political stunt. Trump remarking on the applause meter assumed the cheers were for him. I felt sickened.

Watching that  insane Congressional theater I have felt for the first time in a life time the jarring truth that America is lost and that there will be no answer for redemption in a body politic so steeped in the corruption of that insidious spectacle known as The  Address of the President to Congress.

This entry was posted in Uncategorized. Bookmark the permalink.

This site uses Akismet to reduce spam. Learn how your comment data is processed.